I’m a week late on this news (but what can I say, this isn’t a news blog): Cynthia Nixon announced last week at the New York City Action=Marriage Equality rally that she and her girlfriend, Christine Marinoni, are engaged.

After hearing this, I did some searching for some photos of the couple, because, well, they’re butch/femme! (At least in adjective, if not in identity.) And they are so fucking cute together! I get touched in a different way when I see dykes who have gender that is similar to mine … I just recognize them and it really makes me happy.

It got me thinking a little bit about the celebrity world, and why it isn’t a bigger deal that Cynthia Nixon is gay – she’s a major star of Sex & the City! The film only came out last year, it should still be relevant. Reminds me that the 2009 After Ellen Hot 100 list just came out, and I was frustrated that there aren’t more a) butches or genderqueer folks (I count 5), and b) women who are actually out and queer, instead of women whose characters are gay on tv. I know this is kind of another topic, and I’ll follow up on this later (eventually).

Congratulations on the engagement, I wish you two the best. 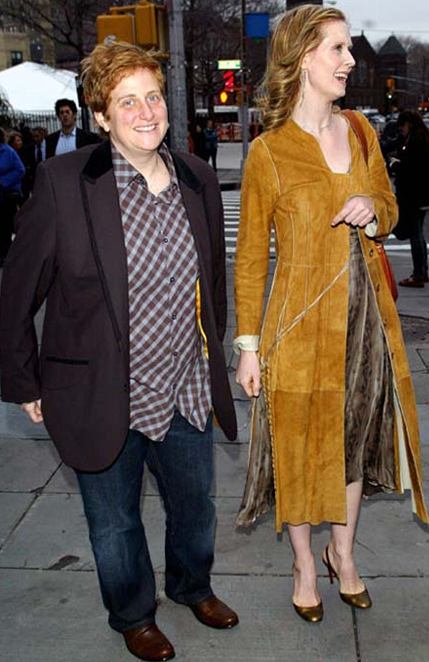