Update: This documentary is part of the recent ad campaign by Dockers about masculinity. I tweeted about these ads recently, Sociological Images has a good article on it too.

Bitch Magazine has a good post about the film, and I’m supposed to be running my last minute errands and getting ready to go away with Kristen for the weekend, so I can’t spend a lot of time fixing this post.

I did think the film’s perspective was a little questionable … Sounds like there might still BE a movie, but it’s clearly got a secondary agenda: aside from being sponsored by Dockers to some degree or another, it’s attempting to police masculinity as something fixed, limited, and engrained, and puts absolutely no value on the range of accepted masculine expression.

Man, this Dockers campaign is making the rounds, huh? I’ve got lots to say about it. But ack, I gotta go! I’ll be away for the weekend, but don’t worry, I have a couple posts set in my absence, so there will still be Sugarbutchery for you to read. Be back Tuesday.

Seems like there are a lot of people writing and thinking about intentional, radical masculinity these days! Or perhaps it’s just that I’ve stepped up my noticing of it, so it seems like there’s more. It’s a big, significant issue, and I like that there are more perspectives on it all the time. 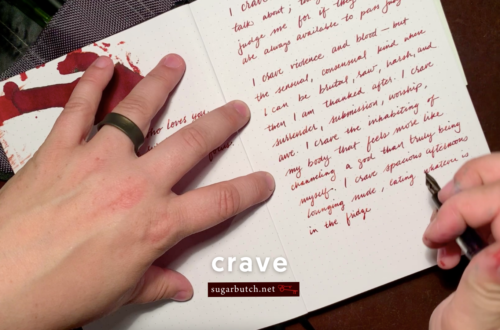 3 thoughts on “An Emasculating Truth”