It didn’t take me long to watch Courtney Trouble’s new film Roulette Dirty South, I ripped it open the minute I got it in the mail from the production company, Reel Queer Productions. I’ve been looking forward to it since I heard Dylan Ryan was back with her real-life boyfriend Trucker Cash (since they made one of my favorite scenes of all time). And when I saw the trailer, I was thrilled: 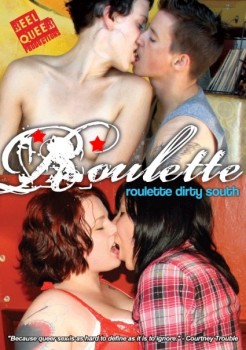 Looks dirty, edgy, colorful, and fun—and it is. The film also stars April Flores (aka Fatty D) and Trouble and Pepper Sox, with fantastic music (as you hear in the trailer, Courtney Trouble has a great ear for these things—she was just nominated in the 2010 AVN Awards for Best Music Soundtrack for her former film Speakeasy) by Yes Please, Flexions, Jenny Hoyston in California Lightening, and Tami Hart. Roulette Dirty South also introduces a few other new performers (I particularly liked Charlie’s long brown hair all over her face while giving a blow job. Yes, very nice image).

I mostly watched this for the scene with Dylan and Trucker. I also really liked Pepper Sox—she was damn hot when she got fucked (I will have to find her other scenes. I think she’s Courtney’s partner?). I would watch Dylan’s scene again, Trucker fucks her ass toward the end of it (oops! I don’t mean to give it away) and I definitely liked that, but I doubt I’ll rewatch the rest of the scenes. Not quite my style. Still, the film is gritty and vibrant, and I’m glad to have seen it. 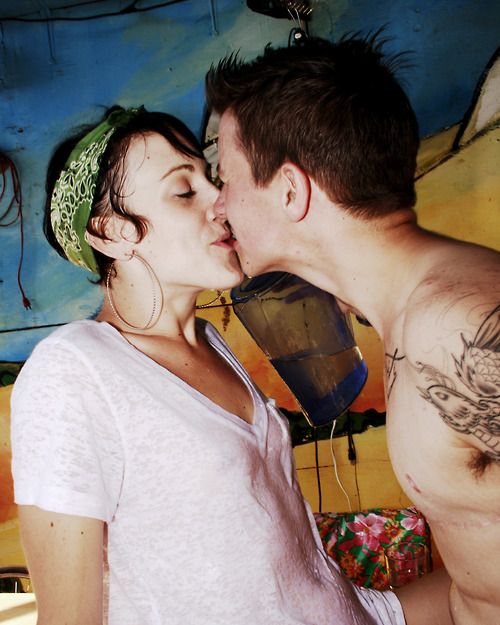