So … remember The L Word Serenade, the L Word rap that Rebecca Drysdale did a bit more than a year ago? I love it so much, it cracks me up every time. Go watch it and come back, I’ll wait, I promise.

Well, Drysdale has teamed up with Drae Campbell … wait, what’s that? You don’t know Drae’s work? Here ya go:

So, back to my point. Drysdale and Campbell have teamed up and have made a short film called You Move Me which Campbell said is “a lesbian, dare I say a butch Buddy Movie, comedy. Written by and Starring Drae Campbell and Rebecca Drysdale as the buddies, Tru and Dex. I don’t want to give too much away, but there is a U-Haul, a strap-on and a dog named Elaine Stritch. The basic premise is Tru has just broken up with her girlfriend and needs to get her stuff. So Dex and Tru rent a truck to get the stuff when they think the girlfriend is not home. Hilarity ensues. It’s called You Move Me, directed by Gina Hirsch.”

Iit will be at Frameline in SF on June 26th at the Castro at 345pm, Gay pride weekend, and in NYC at NewFest on Sat June 12th at 1pm at SVA.

Just in case the “butch buddy movie” and Drae and Beck’s hotness wasn’t enough, here’s some still photos from the film. 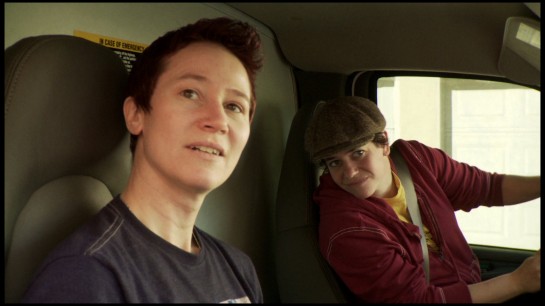 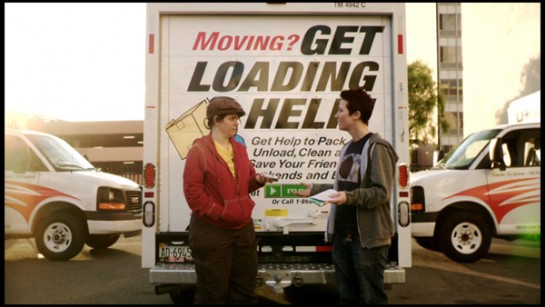 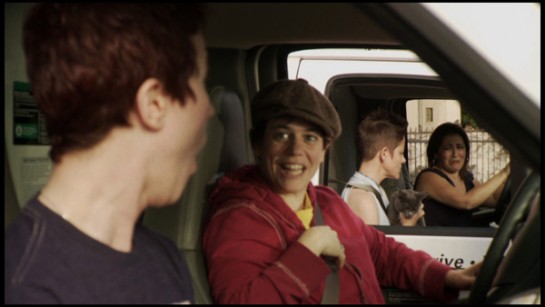 Find out more information and follow along as the short film gets released on the Facebook page for You Move Me.

Can’t wait to see it.

2 thoughts on ““You Move Me,” A New Butch Buddy Movie”