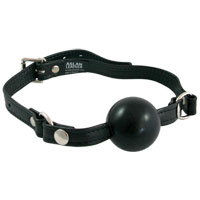 I’m totally sold on Aslan products in general, so it’s no surprise that I love this Aslan silicone ball gag. Aslan’s leather is beautiful, finely made, soft and buttery, and consistently high quality. Their toys are superb. I don’t really have anything bad to say about the company, or their toys.

Years ago I picked up one of those cheap, typical red ball gags with the single-buckled nylon head straps. It basically did what it was supposed to do, to keep someone’s mouth open and impede their speech, but it wasn’t particularly pretty and it would slip. It felt cheap in my hands.

Which is the complete opposite of this one. It feels high quality. It looks pretty buckled around my girlfriend’s jaw. It is adjustable and it stays in place. The ball is just the right size, maybe even a little bit small.

Though Kristen is very oral, she hasn’t expressed much interest in gags and early on even said that she didn’t like them and didn’t want to play with one. I didn’t expect her to like them—but it turns out that her sexual interest continues to evolve (as does mine, but that’s a slightly different post). I would’ve thought that it’d be too much for her, even a year ago, but she’s more interested in having her body parts restricted and restrained than she used to be, and combined with her continued oral fixation, playing with a gag makes a lot of sense.

Though to be honest, I really like it when she talks, so I don’t get this gag out very often. But I’m happy to report that when the urge strikes, this beautiful gag is right there waiting for us.

I didn’t expect to like it as much as we both do, but upgrading from that former cheap red gag opened up the new possibilities of playing with gags that neither of us expected. I’m even interested in another type of gag, one that has an o-ring instead of a ball gag, so things (fingers, cocks) can be inserted into her mouth while it has to stay open. It’s a bit more intense, and I’ve seen o-ring type gags that are made of metal, too, which I think are called spider gags?, that look even more intense and less attractive, but that might be something worth exploring eventually as well.

I had no idea this would become a thing for us to explore, but I trust Aslan’s products, so it was easy to pick up and try out.

The Aslan silicone ball gag was sent to me from Babeland for review. Pick up other sex toys from Babeland, still my favorite feminist, queer, friendly, educational neighborhood sex shop. 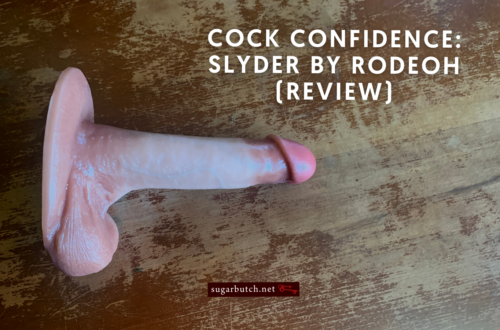 “There Are Others Like You:” Interview with Rowdy, rife’s Puppy
February 18, 2020 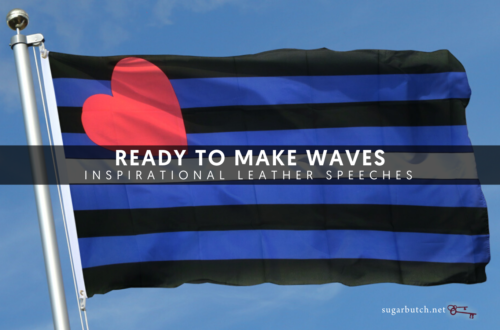