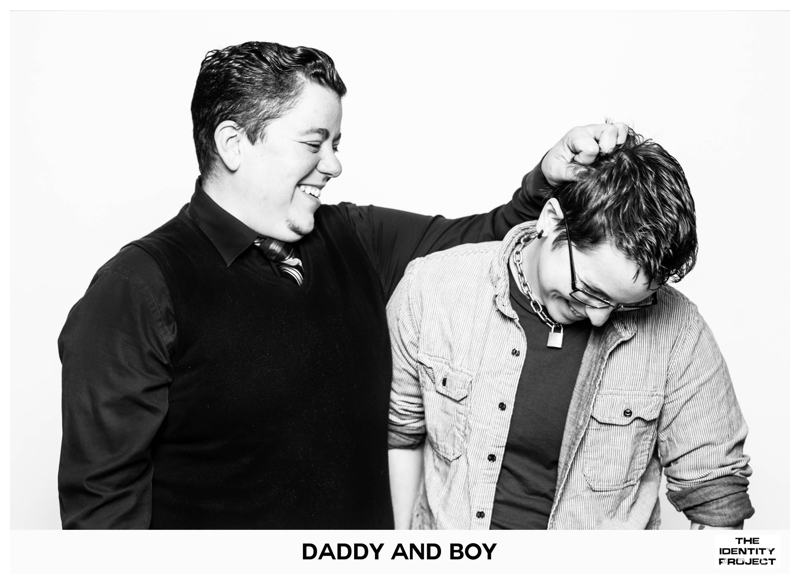 Okay so isn’t rife just so fucking cute? And sexy? 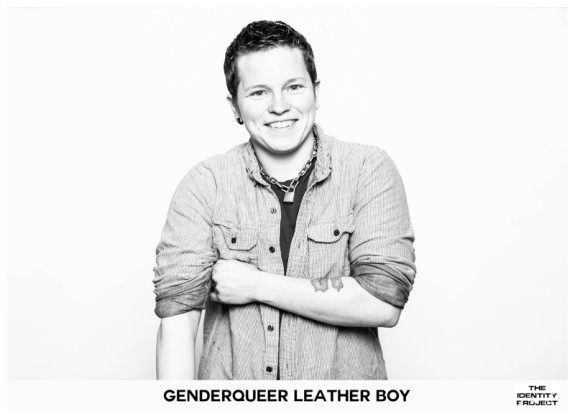 You probably know all about San Francisco-based photographer Sarah Deragon’s queer Identity Project by now—I’m mostly saying that because she’s gotten a mountain of gay-stream press and is all over my Facebook feed all the time, so if that’s the kind of thing you read, you’ve probably seen it.

Y’all know me—I love conversations about identities, about words, about the power in the words that we chose to define ourselves, heck even in self-portraiture and images that make us feel aligned with our deep selves, if only for a moment. I love that shit. It is, in many ways, what Sugarbutch is based around, and what tons of my art focuses on: Identity theory building, formation, and liberation.

So seeing a project that is a kind of visual conversation is pretty stunning, I think. I’ve been really moved, watching The Identity Project’s social media streams, as the images come through. I don’t know if I can articulate quite why it matters, but it makes me feel like I’m part of something.

And, speaking of that, I feel really privileged to have been photographed (alone and with rife) as part of this project. 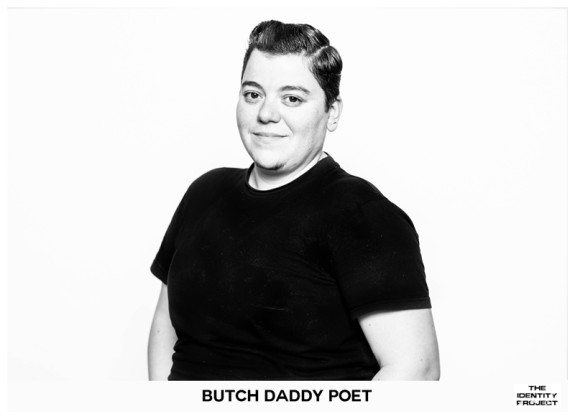 Sarah took some cutie shots of us together, too—these were the ones we used for the final project (which we got to pick), but there were others we liked too.

So far, the photos are almost entirely of people based in the Bay Area, and Sarah is raising some money to travel around and shoot in other cities, too. The Identity Project Indiegogo campaign ends at midnight on May 30th—tonight—so head on over and donate a few bucks (or a thousand) and support her for some national traveling so she can keep taking incredible portraits, capturing the current state of the queer community.

And who knows, maybe she’ll end up taking YOUR picture too!

One thought on “The Identity Project: “Butch daddy poet” and “Genderqueer leather boy””