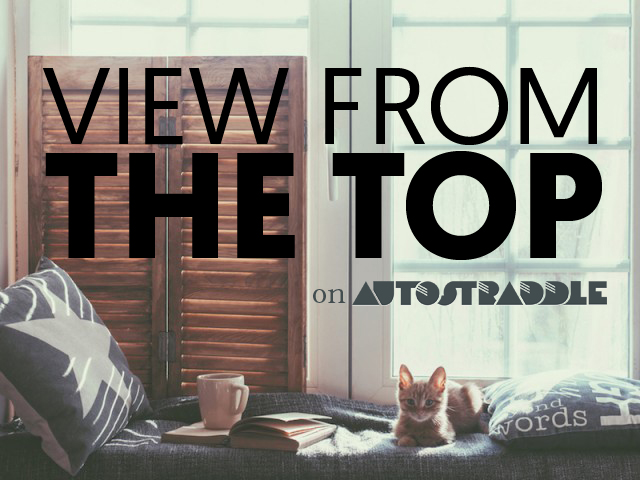 Over on the first column, which just came out and is called “I Started as a Bottom,” I kind of came out as a master. I mean, I know I’ve written about it here sometimes, but mostly kind of buried in posts and I haven’t written about it too too directly (yet). It’s scary! It’s a big word, a very loaded word to use and claim, and I hesitate to use it without a whooooole lot of back story to explain where I’m coming from, that I’m part of a community that uses those terms, etc.

So of course, in the comments of the article, there were questions about the use of the terms master and slave, particularly by someone white. I want to highlight my comment and rife’s, too, because I think this is a really interesting issue of semantics, language, and social justice, and I don’t feel 100% good about it, though it’s the best I have right now.

As the author of the post, to be honest, I’m completely uncomfortable with it. It’s something that I struggle with, precisely for the reasons you stated—primarily because I’m a white person and we have a particular, very very recent history of slavery in the US, where I live, the effects of which still benefit white people and me, specifically, and contribute to systemic racism.

There are quite a few folks who use pairings like Owner/property or Dom/sub instead of Master/slave, precisely because of their discomfort with those particular terms.

I’m about 5 years in to this exploration of what it means to be master and slave, and what it means to be part of that community, and it has been incredibly valuable to learn these skills and actually take part in that community. (Maybe I’ll go into this in a future column? Short version: This set of skills is something I’ve done in relationships unconsciously for a while, which was bad; and now that I’m doing it consciously, things are way better.) I resisted the particular words for a while, but after being part of the M/s world for longer and longer, I’ve grown more comfortable with it because of the difference in definition and usage.

I don’t see a lot of consciousness about this issue in the M/s world, which is predominantly white, though. Which I don’t like and am very uncomfortable with, and try to bring up and point out racist language and microagressions when I can (as I do in pretty much all communities I’m in, but I push myself to speak up a little more in this one).

For now, because it’s the most accurate words I have, I’m choosing to use them … but I’m not entirely unconflicted about that.

As a word lover, I think words can grow and change and morph definitions over time. While I do absolutely recognize the particular history that directly affects me, I also know that the words and concepts of master and slave are not a new invention in human history. The enslavement of African folks is just one of myriad examples throughout history. So I think that is one of the main arguments I hear about it—that the experience of ‘slavery’ is not so unique to that one part of history.

I use these words is because these are the most accurate words we have right now. I’m still new to this community and seeking to recognize others and find more friends who know about this stuff, so I’m using the words that are recognized by others so that we can find each other.

Identity words are complicated—some of them just *fit* better or differently than others. And these particular words fit what my boy and I are doing, particularly within the parts of the kink communities that practice them.

Also, if you ever have the chance to hear sex/BDSM educator Mollena do her workshop on taboos, which includes some of her philosophies about M/s languaging, I highly recommend it.

I think pursuing M/s is very complicated … There are many folks who don’t have an objection to those words based on race, but rather on the fact that enslavement is wrong. It’s complex to start unravelling fetishes that are on one hand, ‘morally wrong,’ but on the other hand, totally get you off and satisfy your life in a way that other things never have and in a bone-deep way you feel you need. I think in the RACK——”risk aware consensual kink”—camps, I understand that when things are done with full enthusiastic consent and taking responsibility for what happens, then it’s okay to fantasize and play. Personally, I want it to be done with a lot of consciousness and in a way that aligns with my values, but I also have to balance that with what sustains me, too.

As a (white, American) who is identified as a slave, I initially struggled with the word, a lot.

What I do has nothing to do with race play (although there isn’t anything *inherently* wrong with that). And honestly, if a black person told me they found my use of the word disrespectful, I would probably switch back to the more generic “property” descriptor. But here’s the thing: They haven’t, and I’ve had many soul-searching discussions with black friends, many of whom identify this way as well.

Here’s the other thing: it’s the best word for the job, despite its loaded cultural connotations. What else do you call a human who is owned? If we had another word for that, which wasn’t loaded with the unconsensual cultural history, maybe I would use that. But, we don’t. So I’ve made my peace with it.

I hear that it’s not a relationship structure you’d like to be in, fair enough! But be careful not to judge a relationship’s morals by how much you don’t want to be in it. :)

Though I’ve been stewing on this series for a while, and have already written 4 of the columns, I’m surprised and pleased at the impact it’s had so far and I think it’s bigger and more revealing than I expected. I kind of feel like I’m taking on the task of encapsulating my BDSM journey over the last, oh, 15-20 years, and trying to put it into ten or twelve columns to make a story. Feels a bit daunting, and very exciting. The folks at Autostraddle have been super supportive and the editing has been excellent, I so love working with good editors.

I really appreciate all the comments over there, and I’ve been replying to quite a few. (I miss that kind of comment conversation, where folks check back and actually reply—it’s been quite a few years since that’s happened on Sugarbutch, but I have some guesses as to why.)

If you have any particular questions or ideas of what you’d love to see me write about as I keep writing through this journey, I’d love to know. Questions or comments or ideas welcome.