rife and I are getting married next week.

I’ve been keeping it close to my chest. Private. Sharing it with my closest folks, but not really even sharing the photos online. I feel protective of them, like I don’t really want to scroll through Tumblr someday and see one just randomly on some queer reblog. I mean don’t get me wrong, it’s thrilling to see my work being passed around the internet … but sometimes it feels like something personal is now public property.

So I’ve been quiet about it. And working so hard to make it happen. I’ll be writing through it, no doubt, and I’ll share more with you after I’ve had some time for it to settle.

Meanwhile, here are some of our “engagement” photos.

Najva Sol is a photographer we love, and have shot with before, and she’s now all fancy over at a big wedding site. She happened to be in San Francisco for a work trip a few months ago, so we carved out half a day to shoot some photos.

These are some of the slightly more power-dynamic-y ones, the ones we didn’t send to family. 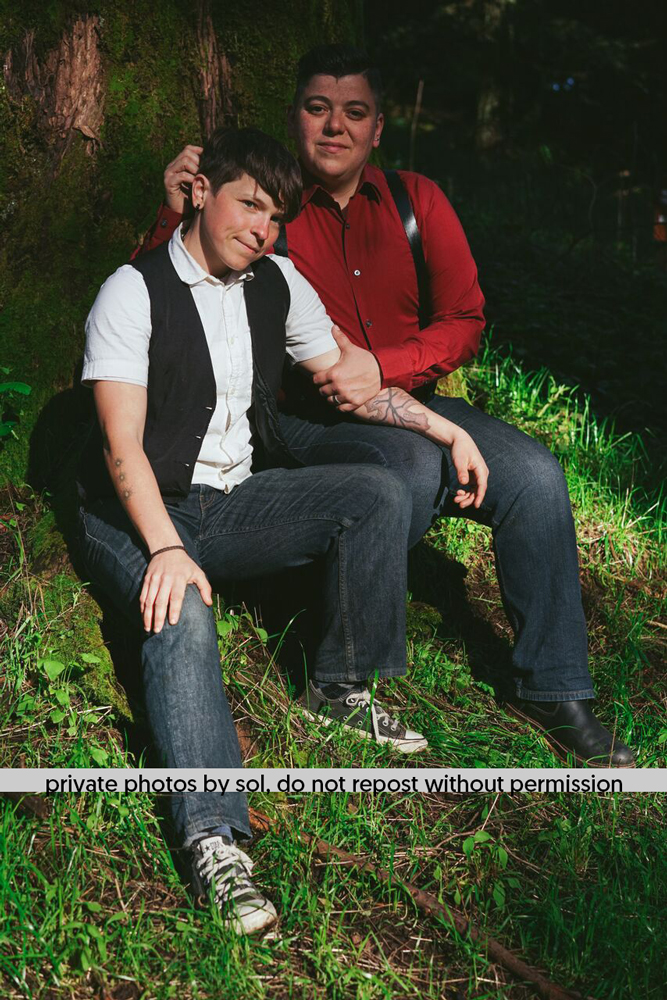 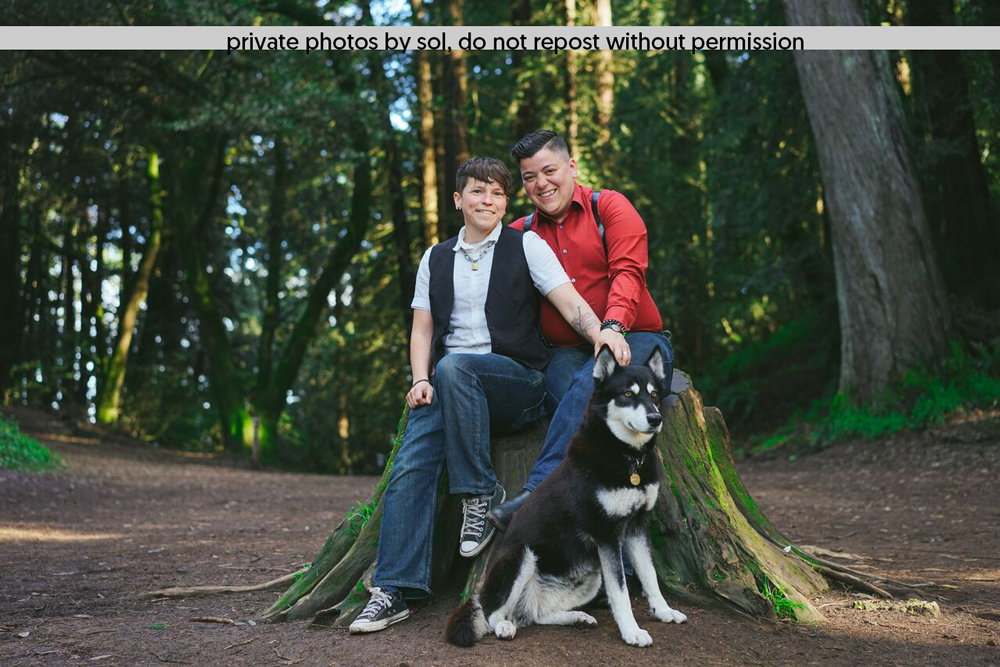 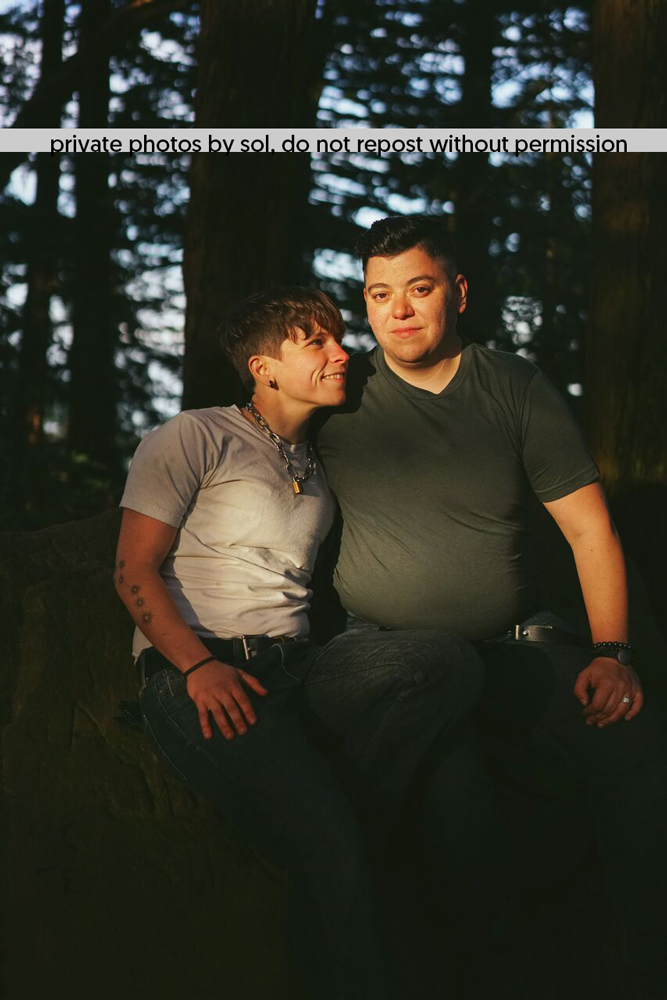 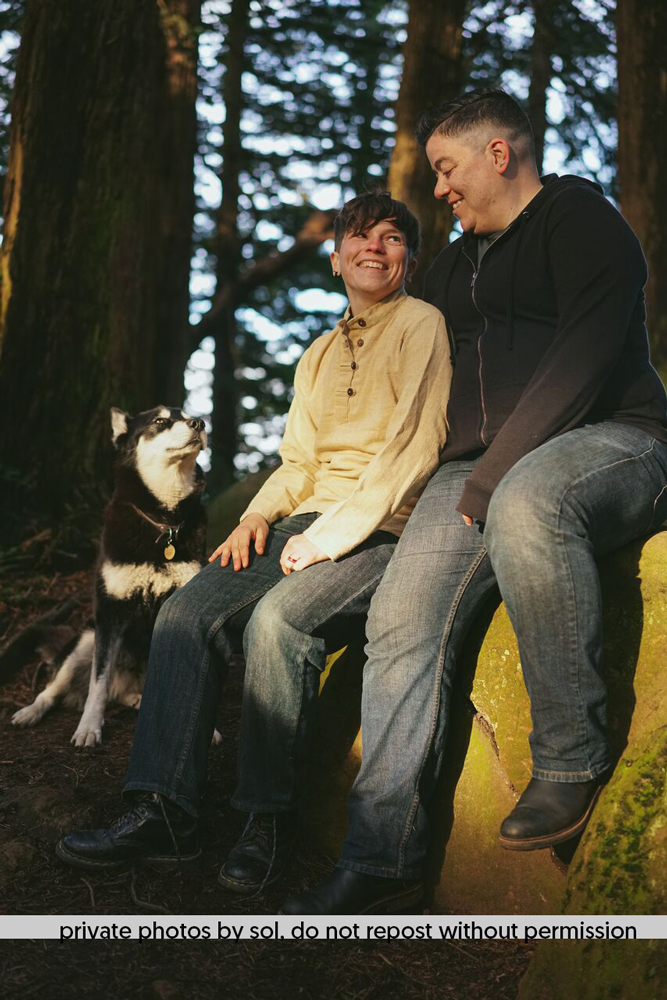 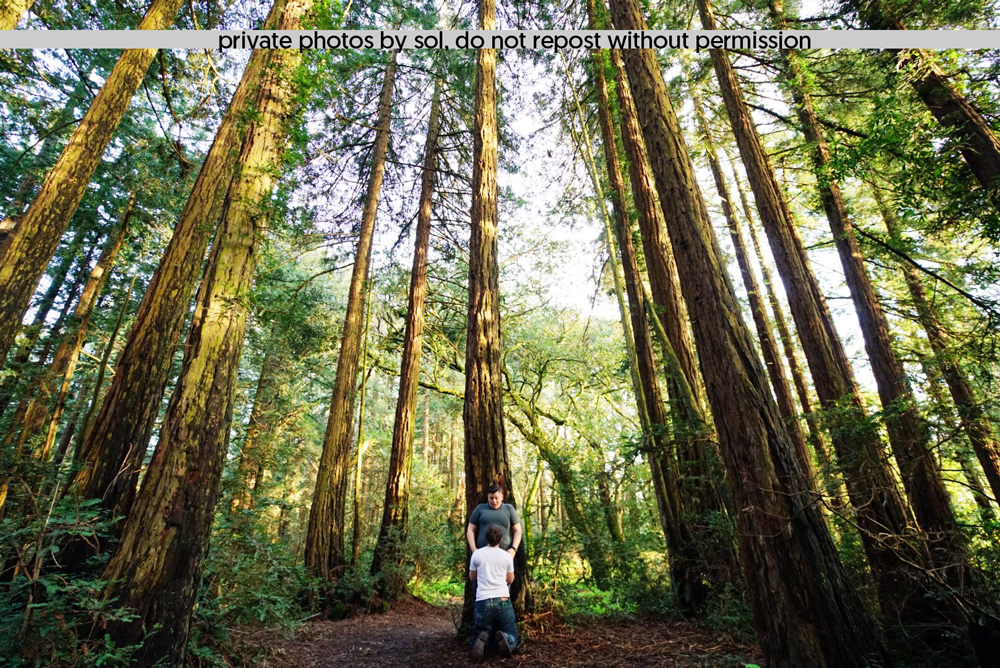 These next few have a special story. rife woke up from a dream, a few months before we took these photos, about frolicking through the woods in a dirty wedding dress and then being in this very specific pose with me, where I had my boot on his thigh. He woke up, told me about it, and drew it that day, excited to recreate it in a photo. He knew I was wearing red with black suspenders, he knew what kind of dress he wanted and ordered it online. So we did it. 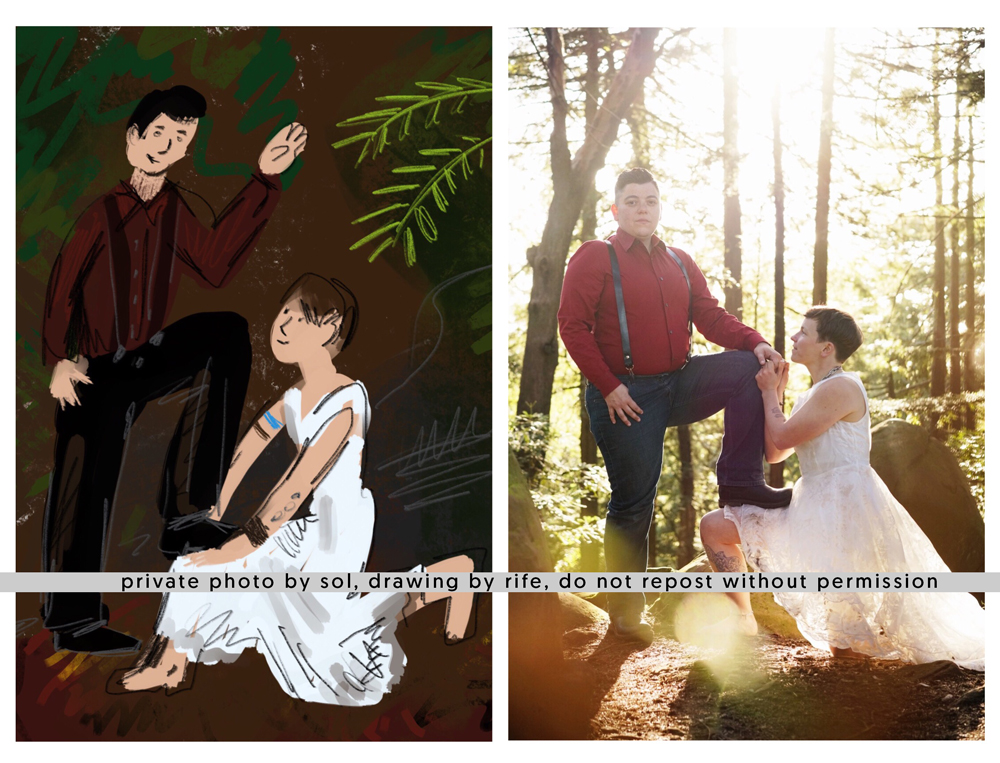 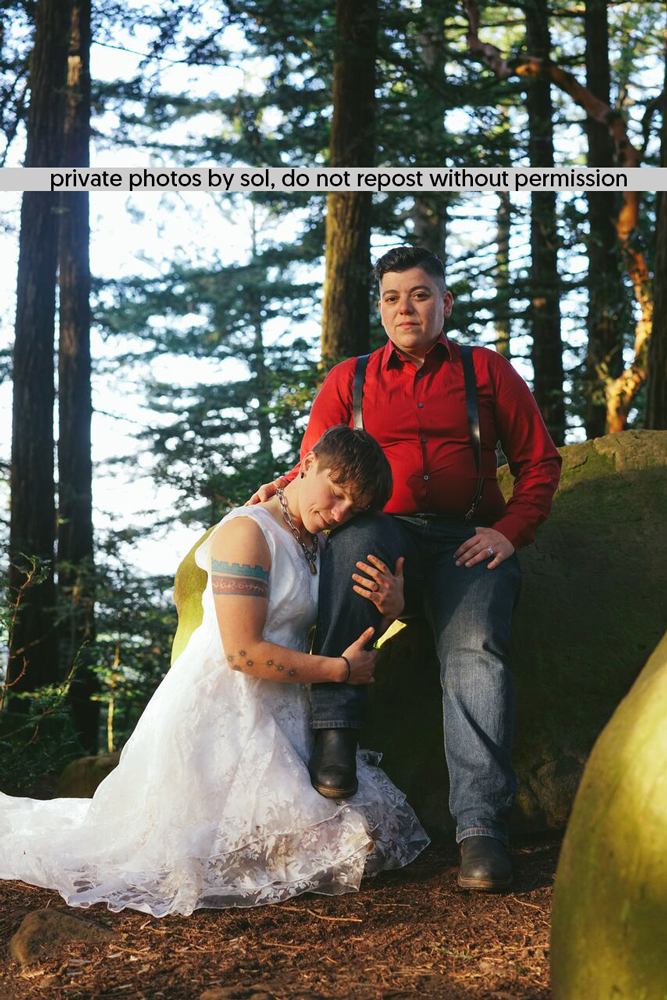 All photos are by Najva Sol. Thank you!

Oh, the quote above? It’s from Rilke, in a little piece about marriage, individuation, and the journey of walking two paths together. We’re going to read it as part of the ritual. I see it as a reminder, since I can often lose sight of myself and my own needs in relationship, and a wonderful goal to aim toward as we take next steps forward.

Marriage is in many ways a simplification of life, and it naturally combines the strengths and wills of two people so that, together, they seem to reach farther into the future than they did before. Above all, marriage is a new task and a new seriousness, a new demand on the strength and generosity of each partner, and a great new danger for both.

The point of marriage is not to create a quick commonality by tearing down all boundaries; on the contrary, a good marriage is one in which each partner appoints the other to be the guardian of their solitude, and thus they show each other the greatest possible trust. A merging of two people is an impossibility, and where it seems to exist, it is a hemming-in, a mutual consent that robs one party or both parties of their fullest freedom and development. But once the realization is accepted that even between the closest people infinite distances exist, a marvelous living side by side can grow up for them, if they succeed in loving the expanse between them, which gives them the possibility of always seeing each other as a whole and before an immense sky. For the more we are, the richer everything we experience is.

And those who want to have a deep love in their lives must collect and save for it, and gather honey.

Thanks for being part of this journey y’all <3 You’ve seen this relationship since the beginning really, and while I’ve been more quiet about it (here, anyway — you can still get some of the more nitty-gritty through the Patreon), I still share a lot and I appreciate your witness and reflection. Sincere gratitude to you all.

PS: Because people have asked, here’s the link to our wedding registry.

9 thoughts on ““Even between the closest people infinite distances exist.””