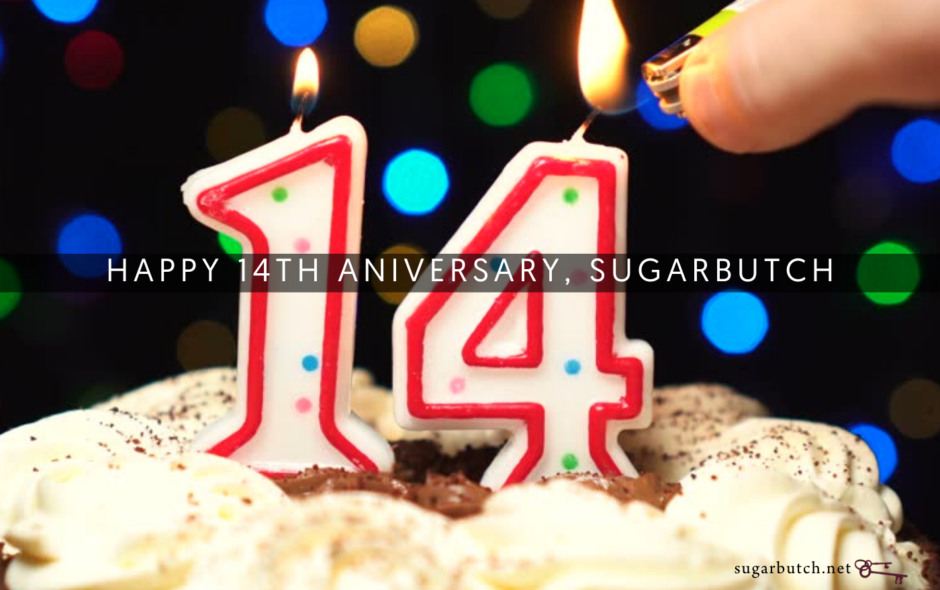 I had been in New York City almost a year. I was drifting away from my girlfriend from college, who moved to New York with me; she was in law school, and I was miserable. We weren’t having sex — we barely felt like partners, to me, just roommates, and I was having no luck repairing things.

I had no internet connection at my apartment. I went around the corner to the cyber cafe to apply for jobs. But I had hopped through some temp work long enough to get a job at a finance firm, doing layout & design, where I stayed for about 3 years, which meant I was in front of a computer all day for the first time since I worked at Microsoft — my schedule in Seattle before I moved to New York had been a patchwork mix of writing groups & performances, working at a bookstore, college classes, and homework.

So once I got in front of a computer, I started diving in to the online worlds of personal expression: creative writings, the “personal essay” (or, if men were writing it, the “essay”), and blogs. I stumbled into a just-born world of sex blogs, particularly New York City based sex blogs, discussing their sex-capades and life in New York. Most of these folks weren’t queer, though some were. I started writing fantasies and stories and started liking what I was writing, so I shared them.

I’ve had dozens of lovers online. My first long-term-relationship I met in a telnet chatroom in 1994, we were together five years. I’ve courted, fucked, and wooed women online when I was dating men and not really out as a lesbian. I’ve met for dates, one night stands, and courtships through the internet.

And so I’m turning to the internet yet again, in this anonymous blog, to detail my overspilling desire and try to curtail some of the want that is really painful for me, since my needs aren’t being met. And, ultimately, to decide how much more of my own pleasure and desire and needs I’m going to sacrifice in order to stay in this relationship.
from the first post on Sugarbutch: Bed Death, Standard Variety

The early stuff is all password protected now. It was such a journal, so much personal writing, so much uncensored writing. I’m not sure I’d want to re-read it, but it is still there, buried in the archives. (It’s the old password, btw. Join the mailing list and get the password used to be the deal. But now it’s join the Patreon.)

Toward the end of 2006, I wrote a piece after a foursome and it got some notoriety, and Sugarbutch started building a little tiny audience.

After that, it’s such a whirlwind … falling for someone else, breaking up with the college girlfriend, taking about a year to try to get my life together before going after the person I fell for, the magic of that six month relationship, then the trauma of the breakup and the realization of how damaging that relationship was. That was another peak, and I started getting asked to teach places, to be part of sex blogger meetups and groups. Writing beautiful, heart-wrenching, raw things through that breakup. Then healing, slowly. Dating. Meeting and courting Kristen. Opening that relationship and dating other people. That was another peak, and I had two books come out in the same year. Meeting rife, and then my dad’s death, and then the breakup with Kristen, and moving to Oakland.

Hard to believe I didn’t write anything for the ten year anniversary, but April 2016 was the beginning of the relationship crisis rife and I have been in the past few years. I have written about it some here, but not a lot, for two reasons: 1) it’s ever difficult to share deep emotional things when they are currently happening, because this does have a lot of readers now and the feedback, comments, or criticism I get is just unnecessary and the opposite of helpful; 2) part of what I uncovered is how, when I journal, I tell myself a version of my story that I want to hear, and that can actually just reiterate and solidify my story, rather than be supportive of it. Generally that’s not true of my relationship to writing — I write to discover what I don’t know that I already know, I use it as a tool of self-inquiry and growth. But when I’m in a triggered state, it can just keep me spinning out, rather than helping me re-center. So I have journaled a lot less in recent years in general.

(I’m trying to get back into journaling, now that I have a different relationship to the c-PTSD. But that’s still in progress, and offline.)

It’s more valuable to write a summary of the last seven years, since I have a lot of summaries of the first seven years. I’ve been with rife that whole time; I’ve been in Oakland, California that whole time. This is the most stable that I’ve ever been, probably my whole life. We had a collaring ceremony, we got married, we ran for two leather titles and won.

We started teaching online — we launched Submissive Playground, Mastering Dominance, Dom Club, which has now evolved to be D/s Playground (which is an on demand, downloadable course, free to the folks on Patreon who support at $5+).

I have traveled to do guest lectures and workshops at colleges, but in 2015 I re-entered the workforce and have had a few different jobs since. I’m looking for a full-time job now.

After rife and I had a major relationship conflict starting in 2016, we started couple’s therapy, which we’re still doing. I don’t know if we would have stayed together if it wasn’t for her — and for our stubborn commitment to each other. The conflict ignited all kinds of past traumas in both of us, and I have spent the last few years really teasing apart my history of relational trauma, my complex PTSD, and dealing with the wounds that happened because of a lot of emotional neglect in my childhood. We’ve been in a much more solid place in the past year and a half.

Making a full account of those seven years is more than I can do at the moment, but that’s a start of a summary.

I’m constantly thinking about how I’m going to evolve this space. In some ways, it is a ball and chain I carry around, rooted in the me from 2006 who was so naive, so young. Some of the peaks of this project have revolved around relationships and break-ups, and instances where I am not only not proud of my behavior, I am at times deeply ashamed. I’m working on forgiving myself for all of that. It isn’t easy. Sometimes I think: if I was starting a project today, would I write about my sex life on the internet? The answer is, emphatically, no. It’s a laughable idea. Too intimate, too vulnerable. I know that’s part of what makes it radical, but I’m also just more private than I used to be — and the internet is a lot less private than it used to be.

I’m frustrated that it has taken me so long to prioritize these kinds of stability — my 20s and 30s were so much about transformation and not about the usual adult things of career path and saving money and “settling down.” I got a lot of value out of my deep studies of embodiment, leather, kink, queerness, gender, polyamory, relationships, and sex in general, but wow if it wouldn’t be nice to have some savings. I guess my mid-life crisis at 40 has been about reprioritizing things like that.

I believe in the ability to reinvent myself, and to make this space serve me. Ultimately, it’s a personal writing project about writing myself into the next phase of my life, using writing to level up myself, and it has served me well for that all along.
So, thank you, Sugarbutch, for fourteen years of support. Thank you for the structure. Thank you for the place to process and express and create and share.

Thank you, readers, for reading, commenting, engaging, sharing your stories, bringing me to your colleges and towns and community centers, buying my books, reading my books, sending links of my dirty stories to your lovers and folks you wish were your lovers.

Thank you, patrons, for casting some financial support my way. The last five years of Sugarbutch have been completely different because my expenses are paid. I feel more motivated. Thank you. Sign up on Patreon if you’d like to support my work.

Thank you, rife, for being with me on this journey, for letting me write about you, for trying out sex toys with me, for sharing your ideas and stories. Thank you for sticking with me, even when things were/are hard.

Much gratitude out into the world tonight.