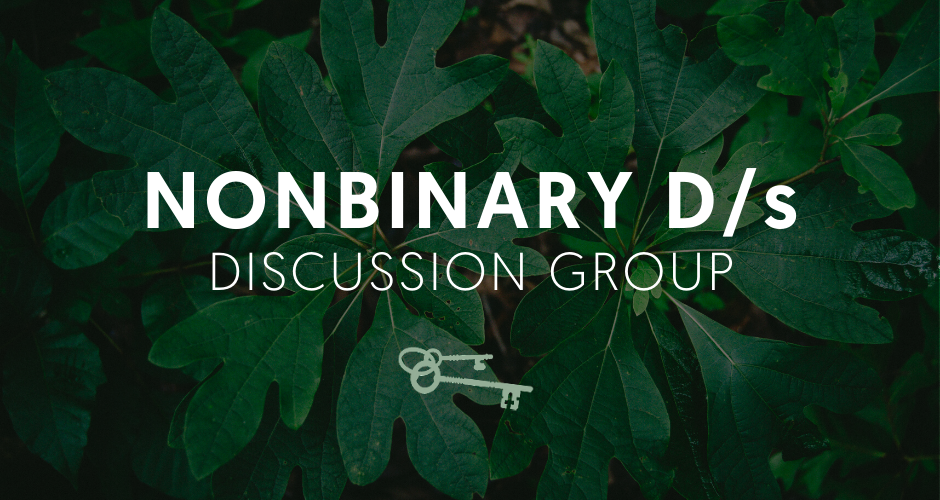 I say “accidentally” because I intended to create one — a D/s Book Group — but the discussion rife and I held about Nonbinary D/s this past Thursday was so successful that many folks requested we keep doing it. And so, I think, for now, we shall. 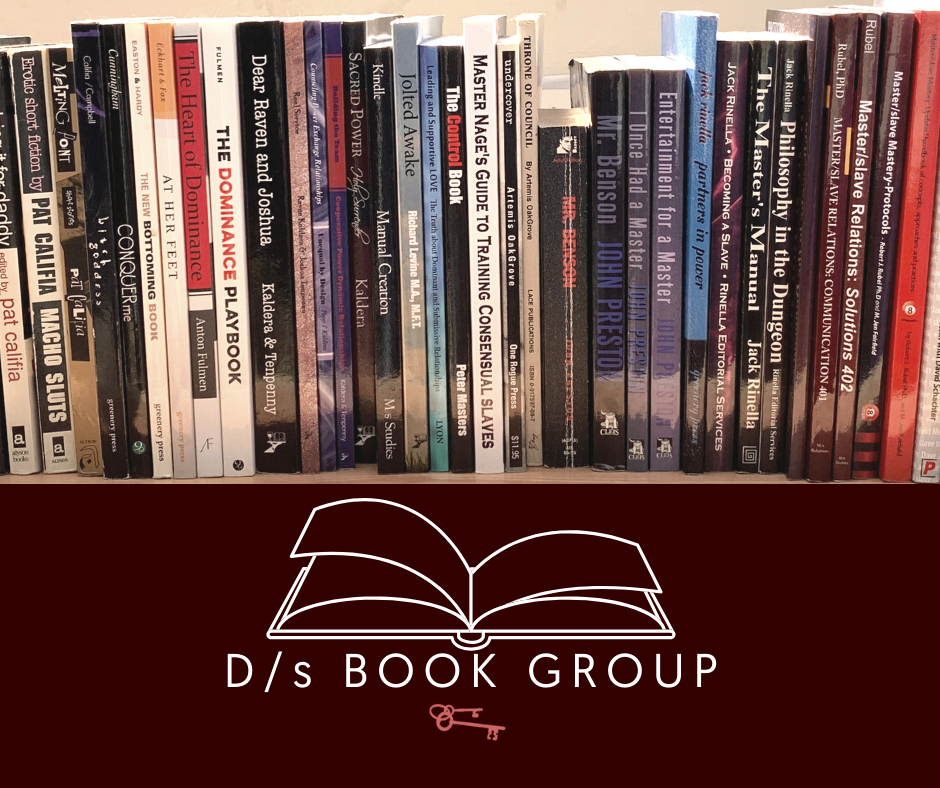 To join: Keep an eye here, on Patreon, on my social media, or on this Fetlife group for the dates and times. Or the mailing list. I’ll be shouting about it everywhere y’all!

What is it: we’ll be meeting monthly on Zoom to discuss a book that is focused on D/s. We’ll alternate one fiction, then one nonfiction; we won’t read two of the same author in a row; and we will choose books which are in print (unless we can somehow get a digital copy of an out-of-print book that we can distribute).

The first book will be in July to give us all a solid month to order it and read it.

Vote on the first title here! It’ll be nonfiction.

This one is still in progress.

This month’s D/s webinar, through the Patreon, was rife and I hosting a discussion about nonbinary D/s. In my mind, there were two main topics: 1. people who identify as nonbinary in power exchange relationships or orientations, and 2. using the principles of being nonbinary and applying it to power dynamics as a politic.

We spent most of the time talking about the latter, but we explored all kinds of other topics, such as gender fluidity and D/s fluidity; behaviors aren’t gendered just like behaviors aren’t powered; how we can use skills of gender theory inside of our D/s theory; studying intersectional kyriarchy as a way to be more consensual; understanding D/s roles before identity and sexuality; gender as a fetish; expectations of consistency when it comes to D/s and gender and most other roles; identity alignment assumptions, assuming that our identities line up a particular way; assumptions based on gender, race, size, class; and last but not least, we talked about honorifics and gendered language within D/s.

I’m committing to holding a group like this monthly for the next six months. The next one will be Thursday, June 11th, 7-9pm PT. (I’ll have that in the full schedule which is my next post.)

If you want to get in on that … follow my social media, get on the mailing list, follow me on Patreon (you don’t have to support to get the notifications of the public posts, but please do support if you have the means), check back for the June schedule (which I’m posting now).