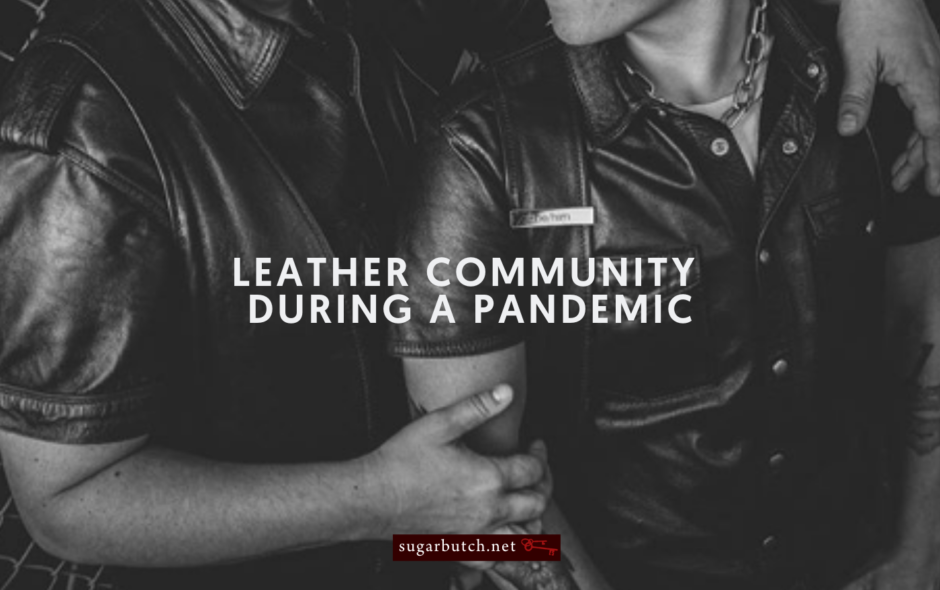 I attended the FLAME Conference, a general BDSM/kink/leather online gathering, last weekend. rife and I taught one class (“Ownership As A Spiritual Path”), and attended a few others.

It meant so much to be in leather community, to hear people talk about their experiences, to see people dressed up in leather and following protocols (even simple ones). I have a couple of different groups I’m part of, and rife and I are still producing monthly D/s webinars (join the Patreon for more info on that), and I am keeping in touch with various kink friends. But even still: the effect of not being in leather community in person, nor as often, this year has been strong.

The pandemic, generally, has meant that we either see way less of someone, or way, way more. Some folks who were in D/s dynamics with someone but had a different nesting partner haven’t seen their D/s partner in months, maybe even almost a year. That can put all sorts of extra stress on the household, with increased COVID risk and more negotiations (which aren’t always smooth). Plus, the D/s partners end up with no place for their D/s identities to get expressed, which can come out with other partners, or other relationships like work, accidentally and unconsciously. They can end up longing for the part of themselves that used to have expression but is now (hopefully temporarily) stunted.

I know we are all feeling this, kinky or not. But I’m particularly curious about the effects on authority exchange dynamics.

On the other hand, there are couples or dynamics like mine, where we live together (and have for a while). We both already worked from home, and have for many years, so we even had an advantage in that we were familiar with coworking from home, cooking at home, and many other skills that others had a huge crash course in this past year. But authority exchange dynamics thrive on having some distance between the people in order to maintain the power imbalance. (Read up on the “power distance index” if you’d like to study this, it’s a well-documented phenomenon. I first saw it in Malcolm Gladwell’s book Outliers [Amazon | Bookshop.])

Being together 24/7 for a year has given us virtually no distance, which has impacted our authority exchange greatly. It’s easy for us to drop the formalities and act as more of an egalitarian couple. But as I’m sure many of you out there in dynamics know: that can be a huge warning flag, and can build resentment, frustration, and trouble for the stability of the relationship.

It’s been hard, y’all. My dominant headspace has been poor at best, our dynamic has suffered. I often feel completely disconnected from it. This has been one of the hardest years of my life, absolutely; though also a year filled with adventure and support. I’m still thinking about (and working about writing on) the impact of the pandemic on authority exchange dynamics, and pondering how I can support my own, and others.

It means so much to me to be part of a community that practices authority exchange, and I desperately miss the connections and support I — we — used to have. I don’t know if there’s any way to actually replicate it, but I hope we can try.