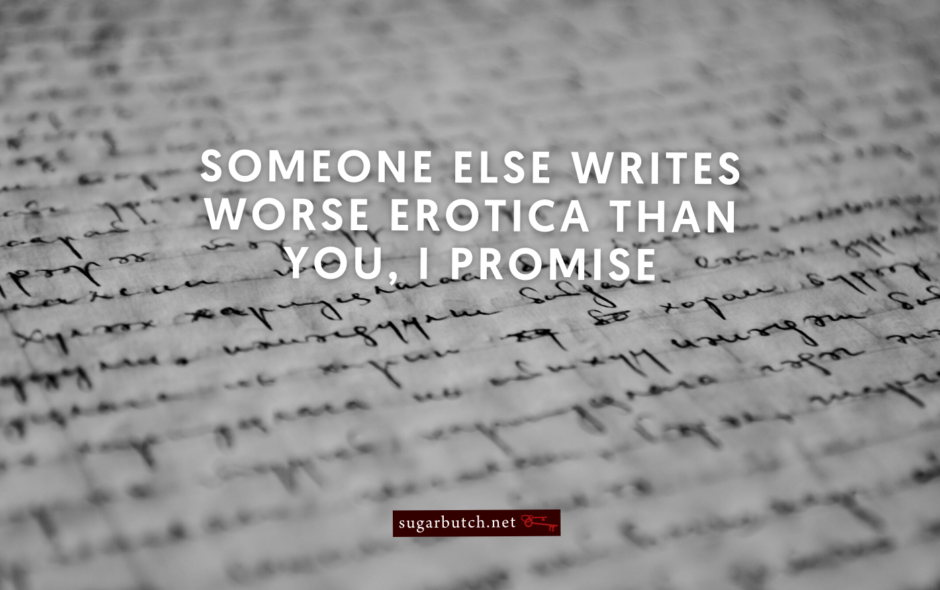 Y’all. People are out there getting published with this kind of writing in actual books (and being paid actual money for it)!!! 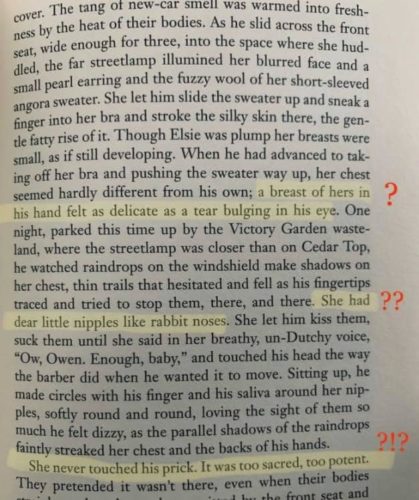 I found this on Facebook, posted in a silly group with sex memes. Later, folks shared on Twitter and I confirmed with a little research that this was written by John Updike. Who won a Pulitzer Prize. Not for this, but in general.

Men are notoriously bad about writing women and about women’s bodies during sex in fiction. It’s atrocious really. And it’s so prevalent that there’s a whole Twitter account dedicated to it, @menwritewomen.

C’mon queers: whatcha got. I want to read it!

You know your queer kinky leather genderfuckery smut is a thousand times better. Even the casual sexting you do regularly is better.

Hey you, closet erotica writer: I’m looking at you.

Write it. Maybe even share it with one person, five people, some friends, a writing group. Or maybe even submit it somewhere!

PS: I’m editing next year’s edition of Best Lesbian Erotica, it’s official. I’ll have a call for submissions out soon, it’ll be due in October-ish. Get on it, if you’re thinking about submitting!

PPS: I will be running another round of my erotica writing workshop in September (ish, dates TBD). It’ll be very similar to last year, a 4-week writing group that meets weekly, reads each other’s work, and offers supportive feedback, with writing prompts and craft lectures. More info coming soon.

3 thoughts on “Someone Else Writes Worse Erotica Than You, I Promise”