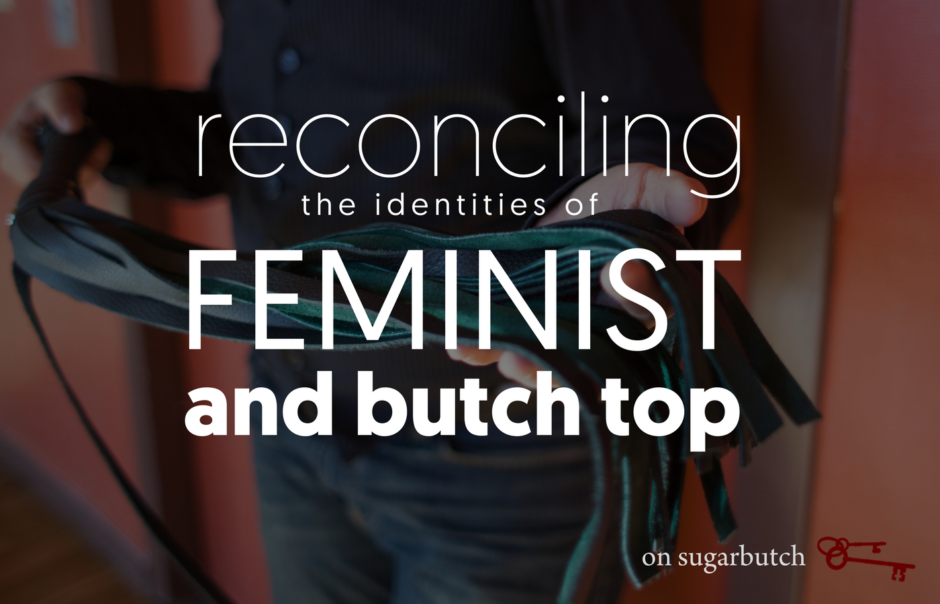 A few years ago, a girl I dated wanted me to slap her. To hit her face. She asked for it specifically, I still remember the conversation on the subway and the precise way that she looked over at me and said, I want you to hit me. Something big swelled in me and I wanted to, I wanted to feel the sting of impact on my palm and see her recoil, to do it again before she was ready, to push something so sensational onto her experience that she was jolted to the edges of her skin and had to feel, to feel herself, to feel me, to be fully present.

This girl and I had already done some other light percussion play, using my hand, or even a paddle, me hitting her ass and thighs, the fleshy parts that I couldn’t possibly do damage to beyond some light bruising. She liked it, we both did. It made sense to escalate, at the time, to something new; we were deepening both our romantic relationship – our trust in each other – and our power dynamic, and it was time to push a little, to see where we could go.

I was terrified. After she asked, after we talked about it extensively, I even tried, a few times, when we were in bed and she said, hit me, now, please, and I couldn’t, I’d bring my hand up and chicken out.

I was terrified of what it would mean for me, as a masculine person, as a butch, to be more dominating in bed. To like it. To like to cause someone pain. To like to cause a woman pain. To hit someone in the face. To hit a woman in the face, to sexualize that act and that power dynamic specifically.

I was paralyzed by that terror – I wanted to do it, the idea, the very thought of it, the discussions with her, turned me on, the girl I was dating wanted me to do it, but I couldn’t.

Beyond wanting to do it, this was the kind of sex act that was in the sex life I was dreaming of having. This was what haunted my fantasies and what I looked for in porn that I watched and erotica that I read. And I was on a very serious quest to figure out how to have the sex that I wanted. I’d just gotten out of a bed-death relationship. I was committed to studying sex hard, to figuring out: what I wanted, how to get what I wanted, how to build a relationship with that as an element, how to maintain something sane and hot over a long period of time. That’s precisely why I started Sugarbutch.

I now know that I’m a sadist, and a top. That means I like to dominate. And already there are conclusions being drawn by some of you out there who think well of course you like to dominate, you’re masculine, and that’s prescribed for you or in other words you misogynistic asshole, I already knew you were one of “those” butches who needs to make up for your inadequacies by dominating women. Because that’s what we think, isn’t it? Maybe not consciously, but a little bit, somewhere in our brains, we associate these particular identity alignments – butch equals masculine equals top equals dominating equals men’s prescribed gender role. We’re relieved when they line up how we think they will, or maybe we are challenged and uncomfortable – though perhaps in a stimulated way – when they misalign.

There’s something supposedly anti-feminist about wanting to dominate. There’s something in the feminist rhetoric which says we are all equal especially in bed, so that means I-do-you-you-do-me, or that means we have sex neither above nor below each other, and with no reproduced heteronormative misogynistic patriarchal power dynamic.

But I didn’t want that. I’d had that, with other girlfriends, but it didn’t keep things hot enough to sustain a relationship. And secretly, I wanted to top and control and hit and demean and humiliate and restrain and force and take.

Power dynamic theory—stick with me for just a paragraph here—has many similarities to gender theory. Like the gender identities of butch and femme are not reproductions but pastiche copies at best of prescribed societal gender roles, putting on and taking off power roles in power sex play is a pastiche reproduction of power in our lives, of which there are thousands of examples of interaction on a daily basis. And when we can put on and take off these roles intentionally, the act of adopting becomes further proof that the power positioning in our lives is not inherent, or “real,” or immobile, or prescribed, or “normal,” but part of a hierarchical society of social power that can be deconstructed. In that, we can more easily have more power and control in the beneficial ways, and less power and control in destructive ways, as we play with it and engage with it.

As in my experience with coming to a butch gender identity, when I finally came to a power identity that really deeply aligned with something inside me that just clicked and make sense, I felt like I was coming home to myself in a way I hadn’t experienced previously. Through my personality and tendencies and psychology I have my own set of quirks and workings and functions, and for whatever reason, it makes a lot of sense to me to let out some of my power and control issues in the bedroom by being dominating. It is deeply satisfying the way a glorious meal or a delicious book is satisfying, one of my life’s greatest pleasures. I’m not sure I understand why I like what I like, but what I like does not harm others, and is consensual, and I know myself well enough to accept what I like as what I like – and to let that be a simple truth.

How did this change for me? What happened between the time when I was terrified to slap a girl in the face and today, now, where I am fairly comfortable in my identity as a top, and even as a sadist, as someone who enjoys causing extreme sensation (aka hurting) someone else?

Little by little, I had lovers who pushed me, lovers who were more experienced as bottoms than I was as a top, lovers who wanted more from me and who could take more than I was able to give who made enough space for me to walk into a bigger version of myself and occupy it, try it on.

I did come to a reconciliation with my feminist self and my top self. Phrases like men should not hurt women or rather masculine people should not hurt feminine people, or even more broadly that people should not hit each other and violence is bad bad bad … I had accepted those phrases as Ultimate Truths, and I started to understand deeper the ways that sensation was not violence, and hitting was a way to be sparked into the present moment, to release whatever our musculature was holding onto, and to deepen trust between people and in a relationship.

I didn’t realize how little trust I had in others until I started playing deeper with BDSM. Because I would tell myself, it’s okay, she wants to do it, but then I would think, does she really? Maybe she wants to because I want to. Maybe she wants to because society tells her she should want to. Maybe she wants to for fucked-up reasons, like she thinks it’s okay for her to feel humiliated and less than me because of her own internalized misogyny … but that was me not trusting that what she said was true. That she wanted me to hit her face. And that was me, further controlling both myself, her, and our relationship, in unhealthy ways, because I didn’t trust her.

This was an issue of agency, in feminist terms – my not trusting my lover to communicate with me what she wanted, to explain to me how far I could go, and my not trusting that she would let me know if I was going too far or too hard, either with her physical communication or her words or both, was me not trusting in the agency of my lover. I have to trust that she will tell me, she will let me know, if I am going too far. And I have to listen, apologize, understand what I did, and trust that she will accept that it was an accident, a mistake, and that I’ll do whatever she needs to feel safe again.

In learning my way into being a top, I had many, many conversations about consent and intention and communication, I talked to my lovers when things broke down or didn’t seem to work and I learned more about my own tendencies when things went well. I figured out that sometimes, it was really hard for me to be with someone who bottomed so well, and who I trusted so deeply, that I did harder, scarier, bigger things with them that took me even deeper into my topping and dominance and sadism and power, and sometimes that meant I needed to be comforted afterward, to be told I liked that, and that wasn’t too much, and you didn’t hurt me, and that was what I wanted and thank you. Hearing those things is always a relief.

I practiced, a lot, to be bold and trusting through my topping. I tried scary things and it turned out they weren’t so scary, they were in fact incredibly hot. I got to know myself, and I learned more about the things I wanted to play with, and I talked to smart people whose experiences were similar to what I was going through and who assured me it was possible to come out the other side of it a masculine, queer, butch, sadistic, feminist top.

Notes on this piece

Queer Memoir: Butch/Stud Through the Years was fucking EPIC on Friday night, and I’m so honored and thrilled to have been there and to be a part of it. There was the story of the kid’s game “hide and go get it” in Kentucky! There was the revelation of belonging somewhere and that “here take a sticker” moment—”because even though you’re in New York City, you might still be isolated.” There were discussions about feminist topping! There was deep appreciation for butch friends and community and support! There was a fucking marriage proposal!

This is the piece I read, slightly updated from the December 2009 version, about reconciling the identities of feminist and butch top, and what it means to be a masculine person who is also dominant. It is relevant as ever and I still struggle with the intersection of these identities. I have a lot more to say about it, and reading this piece again made me think about what I’d add and what more there is to say, so I’m working on it. Meanwhile, here’s the text of what I read.