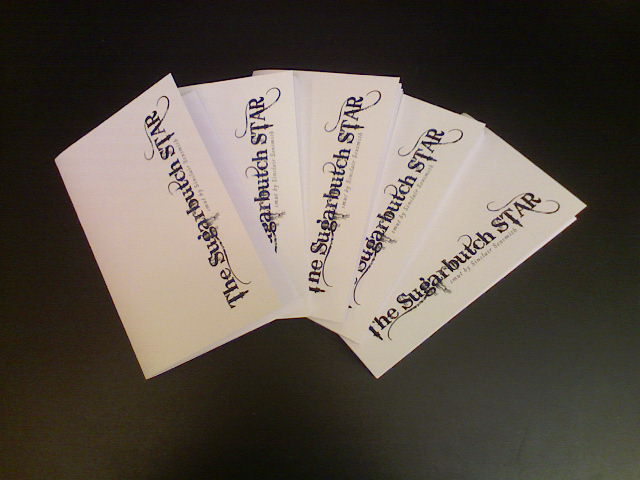 The Sugarbutch Star chapbook is DONE! I picked up the first fifty copies yesterday, and they will be making their debut at the Femme Conference this weekend. I’ll have copies available online soon.

The 2008 contest is officially underway … I received the very first submission already. I’m reading them as they come in, and as much as I want to say that I’ll be impartial and evaluate them all once I get to the end of the submission period, I find myself already getting attached to ideas that people are throwing out there. Submit your stories sooner rather than later, is what I’m saying.

I’m leaving for Chicago for the Femme Conference in a few hours, so posts will be on hold until I get back on Monday.